Standard Oil: A case study of why monopolies are good

In school, you learn that in an unregulated free market, monopolies arise and consumers lose. But how true is this assertion? In theory, a monopoly means that one company can then price gauge consumers and consumers lose, right? But how true is this theory? John D Rockefeller is well known and well villainized for his leadership of Standard Oil. And the story of Standard Oil reveals a very telling truth about monopolies.

Standard Oil was the inspiration for antitrust legislation known as the Sherman Antitrust Act. According to conventional wisdom, Standard Oil, owned by John D Rockefeller monopolized the oil industry and this was a bad thing. The Standard Oil monopoly was selling at a lower price only so that they can spike their prices as soon as their competition is out of the way. So after over a decade of ineffectiveness of the Sherman Antitrust Act, the federal government finally intervened and saved the consumer by breaking apart Standard Oil into more than thirty companies. There is only one problem with this. It’s simply not what happened.

JD Rockefeller was an entrepreneur way ahead of his time who knew how to acquire market share and how to keep it. As his business grew he learned how to reduce costs. He then passed these cost onto consumers. He also wanted to monetize waste residue. As a result he found several different uses for oil and Standard Oil grew even larger. It wasn’t only the shrewd business tactics of JD Rockefeller that grew the company, it was also the cost reduction and extra monetization efforts by the company. But even if we look at their practices that are widely criticized, these actions are performed to this day to the criticism of few if any. Using higher margin areas to offset lower margin areas is common practice. You see that same practice in the auto industry where companies produce vehicles to fill several segments but is every category for Ford Motors as profitable as the F Series. Of course not. There are cash cows and there are dogs. Standard Oil knew that and leveraged it to their advantage. This is a laudable practice and it did not harm consumers.

Now who benefited for the breakup of Standard Oil? Was it the remaining companies competing in the 10%? Or was it JD Rockefeller who once Standard Oil broke apart? After the breakup, he owned a percentage of thirty companies, the remnants of which we still know today.

As you can see, the break up of Standard Oil did not, in the long run help, it’s competitors. Instead, we practically have the same results now except with extra steps. Did I mention that accounting for inflation we pay significantly more for gasoline now? 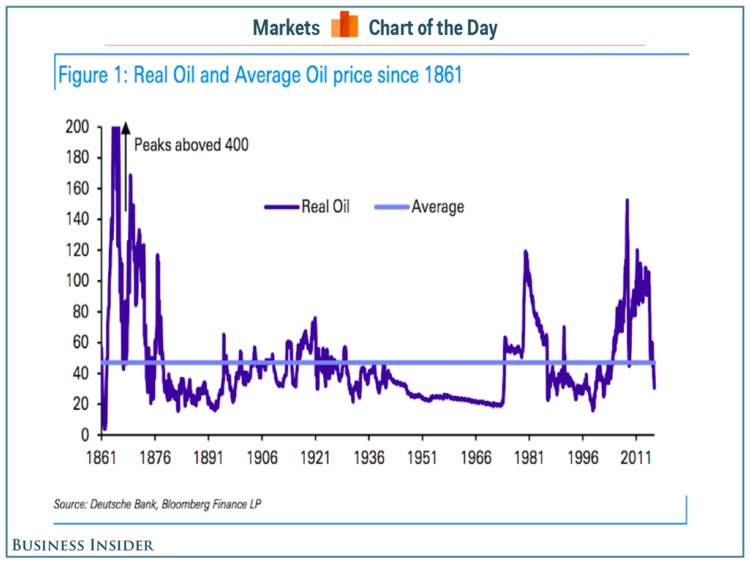 Monopolies are rare, if not nonexistent. Companies like Google, Facebook, and Twitter are thought to be monopolies, when in reality they aren’t. These companies are just dominant. A closer example of a monopoly would be Major League Baseball. No other professional baseball league has serious if any market share in the United States. Ironically, however, in Federal Baseball Club of Baltimore, Inc. v. National League of Professional Baseball Clubs et al. exempted Major League Baseball from the Sherman Act.

This very poor, quickly outdated, reasoning spared the MLB from the fate of Standard Oil and saved baseball as we know it.

And while antitrust laws are looked favorable in college, Porter’s Five Forces is taught in many business classes. You can’t, or shouldn’t, be able to get a business degree without coming across this.

As you can see from Porter’s five forces, a monopoly is very rare if not impossible especially with the threat of substitution. The success of any firm will naturally invite competition. We see this in first mover advantage. And first mover advantage does not always produce great longevity for a company.

In school, antitrust laws are viewed favorably while tariffs, taxes on imports, are viewed unfavorably. Yet An Open Letter to President Clinton from 240 Economists on Antitrust Protectionism urged the Clinton administration to relent its attack on Microsoft.

Antitrust is supposed to be about protecting consumers against higher prices and other consequences of monopoly power. Accordingly, the Justice
Department’s Antitrust Division, the Federal Trade Commission, and state attorneys general are vested with authority to defend competition and protect the
well-being of consumers.

The current spate of heightened antitrust activism seems to suggest that anti-competitive business practices abound. Headline-grabbing cases against
Microsoft, Intel, Cisco Systems, Visa and MasterCard, along with a flurry of merger investigations now under way, would appear to demonstrate the need for
a vigorously enforced antitrust policy that will create checks and balances to eliminate consumer harm.

However, consumers did not ask for these antitrust actions — rival business firms did. Consumers of high technology have enjoyed falling prices,
expanding outputs, and a breathtaking array of new products and innovations. High technology markets are among the most dynamic and competitive in
the world, and it is a tribute to open markets and entrepreneurial genius that American firms lead in so many of these industries. But, these same developments
place heavy pressures on rival businesses, which must keep pace or lose their competitive races. Rivals can legitimately respond by improving their
own products or by lowering prices. Increasingly, however, some firms have sought to handicap their rivals’ races by turning to government for protection.

Where antitrust authorities respond to these protectionist demands, the workings of markets are short-circuited. Antitrust protectionism means that
market decisions about how to compete for consumers’ favor are displaced by bureaucratic and political decisions. More of the energies of firms are directed
to politics, less to production and innovation. Successful innovators are penalized, scale economies are lost, and competition is thwarted, not enhanced. Instead
of preventing prices from rising, antitrust protectionism keeps prices from falling.

Many of these cases are based on speculation about some vaguely specified consumer harm in some unspecified future, and many of the proposed
interventions will weaken successful U.S. firms and impede their competitiveness abroad. The cost-benefit test for antitrust has not been met. We urge antitrust
authorities to abandon antitrust protectionism and refrain from such speculative enterprises when actual consumer harm cannot be shown.

The economists referred to antitrust laws as a form of protectionism articulating how the government fails to show harm beyond speculation and how its actions hurt US companies abroad. What’s interesting is how negative a light tariffs are viewed in while antitrust gets a pass in society.

In some other cases, the government may not ban competition outright, but simply bestow privileges, immunities, or subsidies on one firm while imposing costly requirements on all others. Regardless of the method, a firm which enjoys a coercive monopoly is in a position to harm the consumer and get away with it.

An efficiency monopoly, on the other hand, earns a high share of a market because it does the best job. It receives no special favors from the law to account for its size. Others are free to compete and, if consumers so will it through their purchases, to grow as big as the “monopoly.”

An efficiency monopoly has no legal power to compel people to deal with it or to protect itself from the consequences of its unethical practices. It can only attain bigness through its excellence in satisfying customers and by the economy of its operations. An efficiency monopoly which turns its back on the very performance which produced its success would be, in effect, posting a sign, “COMPETITORS WANTED.” The market rewards excellence and exacts a toll on mediocrity. It is my contention that the historical record casts the Standard Oil Company in the role of efficiency monopoly—a firm to which consumers repeatedly awarded their votes of confidence.

To reiterate what Lawrence Reed said, the free market rewarded Standard Oil’s efficiency with increased business. In fact the only time consumers seem to lose, because of a monopoly, is when the government permitted a monopoly in the first place.

The only reason the Standard Oil, and countless others have been targeted by antitrust law is because of fear and envy. How dare a company be so successful by producing the best product at the best price? The must be broken up! This was the logic of the time and the facts simply did not support their fears. Instead, the history of Standard Oil reveals the curriculum of many schools to be filled with this envious mythology of a monopoly seeded in efficiency being a detrimental threat to consumers.