Adam Greenway Meltdowns Over Enemies Within The Church Documentary

The long awaited Enemies Within The Church documentary has finally come out, and the first major Big Eva acknowledgement or “backlash” against the film post-release is Adam Greenway trying to suppress a premiere viewing at a competing seminary. Mid-America Baptist Theological Seminary is one of the few uncompromised seminaries left, and they exist as a Baptist seminary outside the purview of the Southern Baptist Convention. Adam Greenway took to Twitter to voice his displeasure with Michael Spradlin for his seminary hosting this even in an apparent coordination with the Conservative Baptist Network which has been their practice since that organization began.

It is with deep disappointment but strong conviction that I have sent the following letter to Dr. Michael Spradlin prayerfully requesting him to reconsider the decision of MABTS to host the premier of a film whose trailer contains scandalous and scurrilous slander against @SWBTS. pic.twitter.com/Zb26Y8CGUq 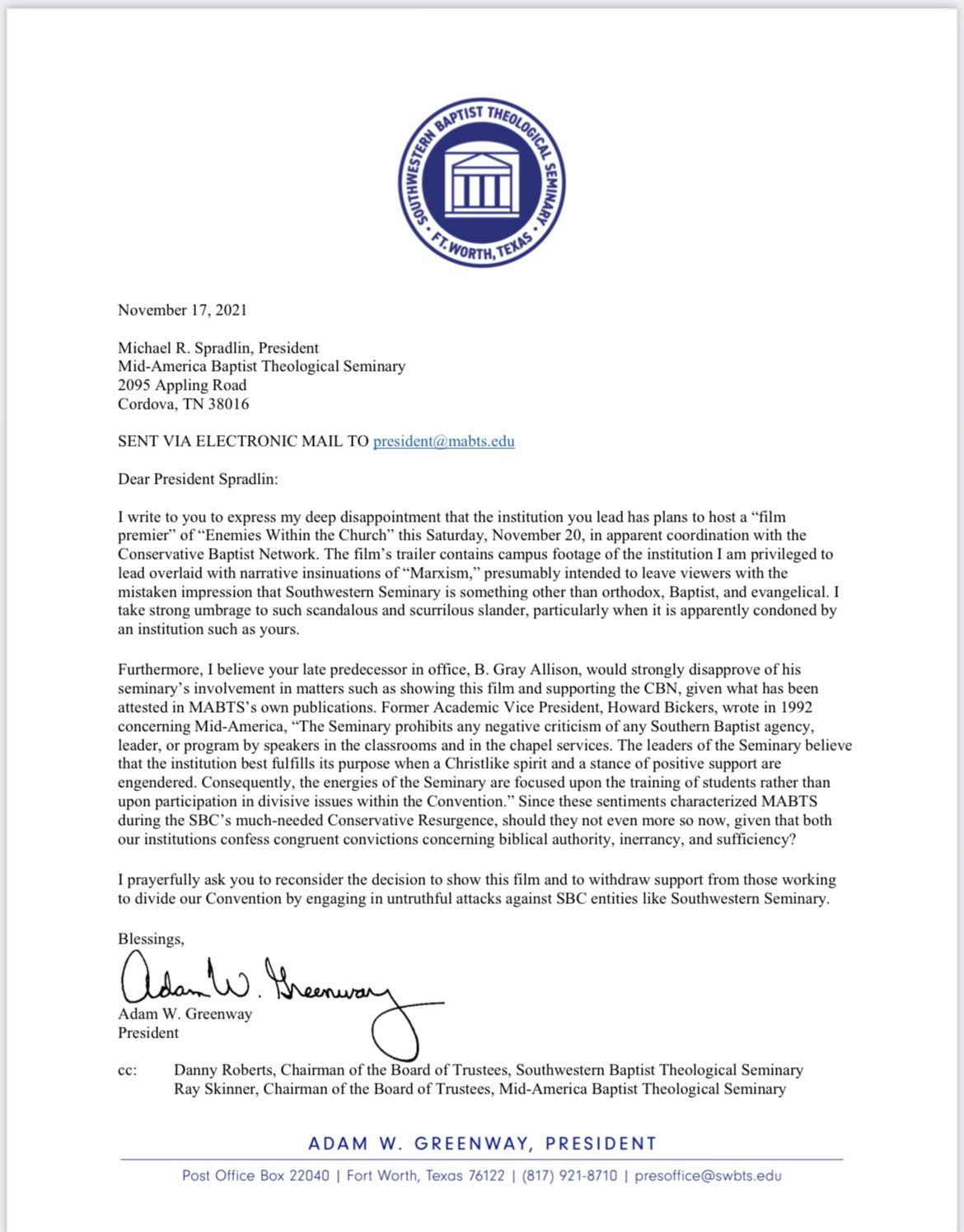 The letter represents a sad attempt to appeal to the dead Conservative Resurgence movement when the current SBC no longer holds firms the same convictions as MABTS in theory or in practice. Michael Spradlin has not publicly responded to the letter as of yet.

Typical Southern Baptist polity, the 11th Commandment, would dictate that Adam Greenway not publish this letter publicly, but an exception was made. The meltdown is real.