Over 1 In 4 Liberals Believe Men Can Get Pregnant

If you repeat a lie often enough, the more audacious the better, eventually the masses will accept it as conventional wisdom. Such has been the plan in order to get the nation to accept transgenderism: the ideology that a man can become a woman or vice versa. This agenda is being repeated in all sectors of society. In sports we see men compete in women’s events. In entertainment, just last week, Netflix released Me Time a comedy film in which Kevin Hart’s character explained to his five year old daughter that she could have a penis if she wanted one.

What was a fringe ideology fifteen years ago is well within the Overton Window. The Republican internal pollster, WPA Intelligence, did a survey last month that revealed that 27% of liberals believe that some men can get pregnant. 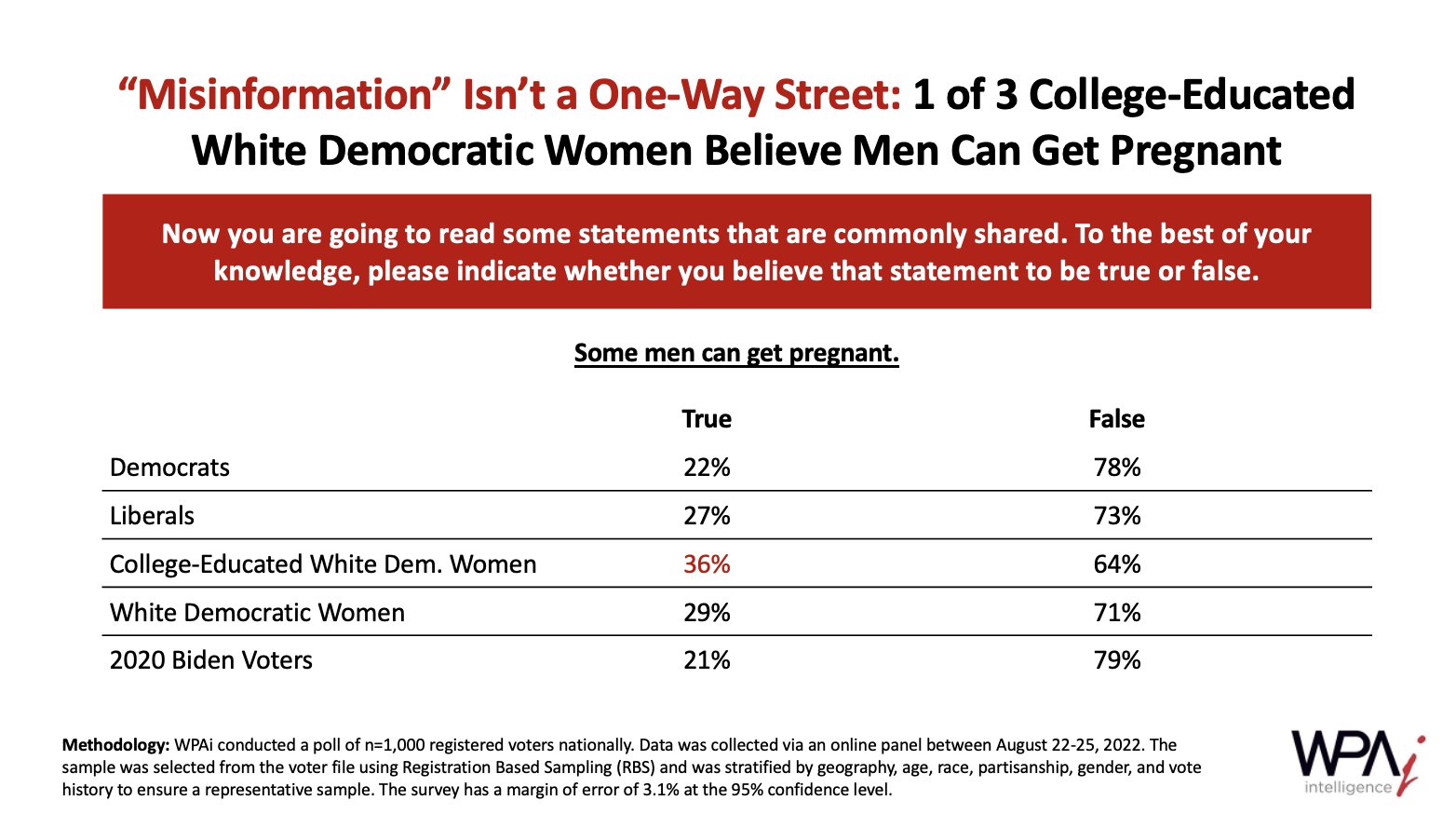 This figure was achieved by white college educated Democrat women who believed in transgenderism at a rate of 36%, the highest of any demographic. Democrats as a whole only believing at 22% is likely due to hispanics and blacks not buying into this ideology at the same rate as the whites. Biden voters was the lowest percentage at 21%.

Earlier this year, Evangelical Dark Web pointed out polling that suggests that white women, particularly college educated, were the only demographic that Joe Biden was gaining with. This polling repeats the April findings.