Tim Keller’s Twitter account is full of riddles, but at the beginning of every year, this liberal Protestant pastor has a tradition of Tweeting against pharisaism that is a barb aimed at people in the church who believe in obedience. In the tweet, Tim Keller falsely asserts that obedience to God’s law is often a strategy for rebellion against God.

It's a shocking message: careful obedience to God's law may actually serve as a strategy for rebelling against God.

Turns out he’s Tweeted this almost every year.

Tim Keller thinks he’s being like Jesus when He critiques the Pharisees, but the Pharisees were, at times, publicly obedient, but privately disobedient. This key distinction would mean that the pharisaical are actually disobedient to god’s law. But this is lost on Keller.

Perhaps shocking, but not Biblical.

And some memes emerged as well. 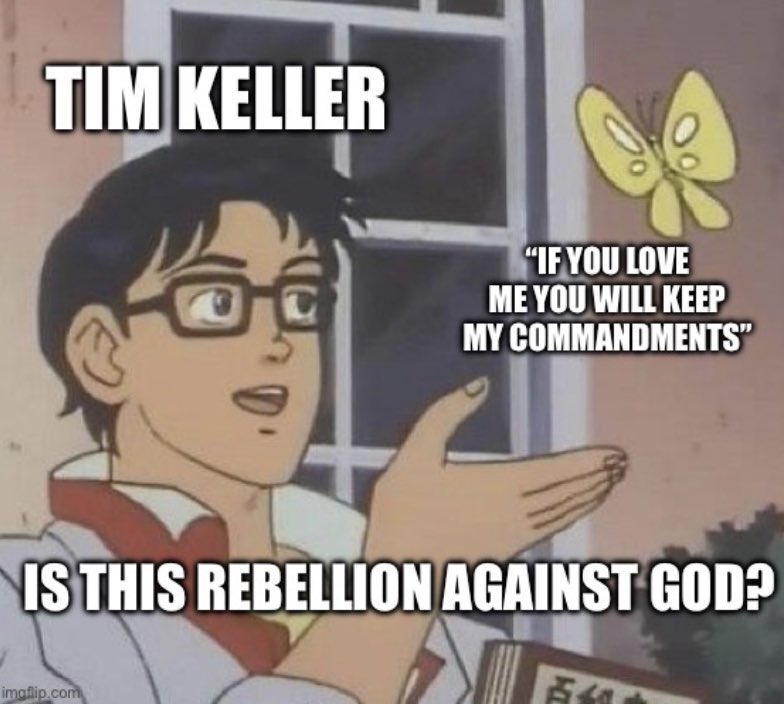 The point that obedience to God is loving God is to be driven home. Tim Keller thinks he’s sounding smart here but he’s entirely a midwit.